Last week, fashion company ASOS released a video to show off its latest swimwear. People were liking the bikini, but what ASOS received an influx of positive messages for was their decision to have a plus-size model don it.

Learn what people have been saying about ASOS’s newest swimwear video.

“I’ve never, ever seen an ad like this before. I’ve never worn a bikini before because of my body type. This makes me think about trying it. Pretty cool,” a Twitter user said.

“I think this is the first time I have ever looked at a bikini model and thought ‘maybe I could wear one too,'” another one tweeted.

These are just two of the numerous messages ASOS received on Twitter after they released a video showing off their latest ASOS Curve bikini and featuring London plus-size model Vivian Eyo-Ephraim.

Considered an element of a game-changing move, the clip has now been reuploaded on other social networking sites so many times with people sending messages of thanks to ASOS for proving that beauty does not stop at a certain size.

The gorgeous star of the video, Eyo-Ephraim, is grateful for the touching messages she has been getting from everyone. She took to Instagram to thank her fans, saying, “Thank you ALLLL so much for the messages, the likes, the comments, the retweets, everything!!! I’m truly appreciative, shocked, excited & cannot wait to represent more women & make everyone even more proud.” 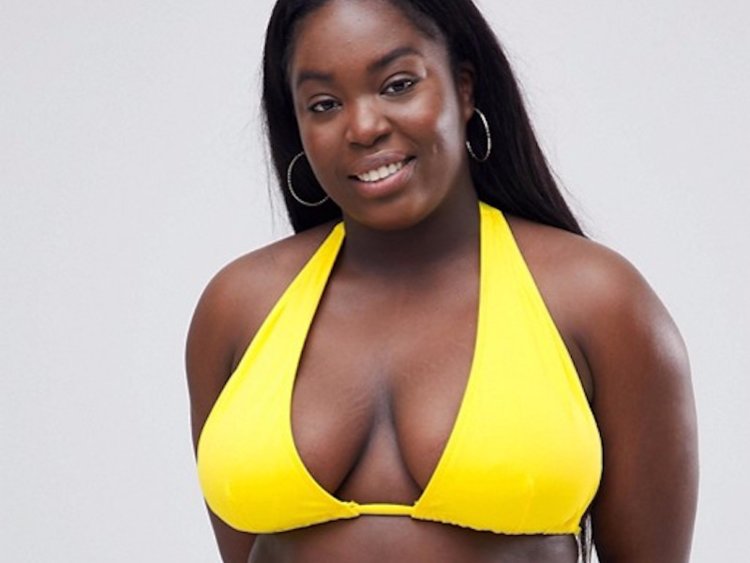 Speaking to Metro, Eyo-Ephraim talked about the chance she was given to represent curvy women. She shared, “The world is a very diverse place and it’s important that consumers see brands representing and recognizing all ethnicities, shapes, and sizes. We want to see ourselves represented and celebrated and recognized.. . . I think it’s incredibly important to start re-defining what is the norm, and start celebrating our individuality.

“The modeling world is still so new to me, to see the amazing support and response from a job I did is just incredible, I couldn’t be more grateful to ASOS and Bridge for taking a chance on me and allowing me to show the world that everybody is beautiful, no matter what their shape, size or ethnicity.”

After all the news about brands getting backlash for body-shaming ads, ASOS’s ad is a breath of fresh air, and it has helped many people realize that they should not let their size and shape hinder them from enjoying a time in the sun in a bikini.