Ever since it released its first digital issue in October 2016 and first print issue in March 2017, Vogue Arabia has featured some of this generation’s most influential women, from Gigi Hadid, Bella Hadid, and Imaan Hammam to pop singer Rihanna, and the inspiring story behind their success in their field of choice. But never was there a time the magazine let a curvy woman grace their glossy cover page.

Not until this year.

This July, the Dubai-based magazine is all set to change all that by having body positivity as the main theme of their next issue. And to complete the package, Vogue Arabia tapped plus-size models Ashley Graham and Paloma Elsesser to be their cover stars.

In their move to help spread the message that beauty knows no size, Vogue Arabia joined hands with two of today’s most prominent plus-size models. 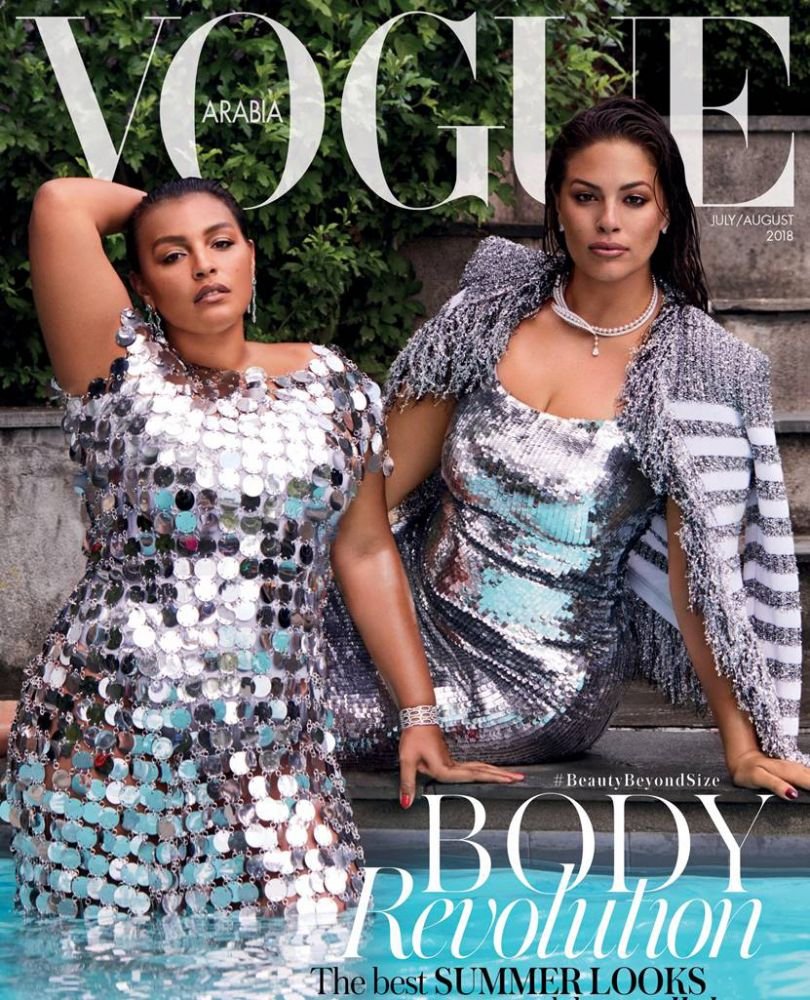 Ashley Graham is no doubt one of the most famous plus-size models. She recorded a lot of firsts as a curvy model, including being the first plus-size model to grace the cover of Sports Illustrated swimsuit issue. American-Canadian model Paloma Elsesser, on the other hand, is a fashion model who was discovered by a makeup artist on Instagram. She has since gone on to model for famous brands and has been featured in several magazines including the American Vogue and Vogue España.

Donning a metallic dress and silver gown, Graham and Elsesser look equally gorgeous in the joint cover. The issue also offers an exclusive interview with the cover stars where Ashley talked about how she has always felt like spreading message about body positive is what she’s destined to do.

Graham shared, “My mother told me that when I walked into a room, I would greet every single person—even at three years old. It was more of an emotion that I would give people, and it would leave them feeling good about who they are. I think that’s what I’m doing today: letting women know that they are worthy, that they are beautiful, and that they can be happy with who they are in their skin.”

Vogue Arabia has not been around for that long, but they have already sent a message that we are certain will be engraved on everybody’s mind forever.